When I wrote Rethinking the Internet of Things, I expected one proposal to be controversial. And it was.

I stated that the myriad devices making up the emerging Internet of Things (IoT) will be too dumb, cheap, and uncritical to justify the power to equip them all with IPv6. Howls of derision resulted.

But I have been through this before. Back In 2004 I wrote another controversial piece about the ugly truths of (single-radio) wireless mesh. Today, almost all mesh network products use (at least) dual-radio wireless switch stacks – even in home WiFi networks

At the edge of industrial and other networks, the vast majority of devices will speak and listen in tiny bits of data – like ants. I developed the concept of "Chirp" networks – communications using tiny bits of data with minimal framing. And like Nature's lightweight pollen in spring time, no guaranteed delivery, either.

Digital “pollen” can be non-unique as well

These Chirps are self-classified. Chirps identify themselves in both public and private ways, to allow integration of data from a wide variety of sources. This identification might be type (moisture sensor, door lock, etc.), location, etc. 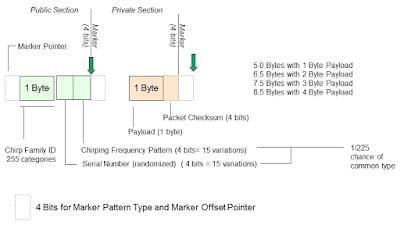 Because the size of the future IoT is well beyond our current comprehension, it won’t be possible for humans (or even machines!) to catalog every device or pre-configure preferred data sources. Instead, Publish/Discover/Subscribe will reveal useful data that no one could have known of or predicted.

At the edges of the network, the vast numerical majority of devices will simply speak and listen in tiny bits of data. And they will be designed with a basic trust in an IoT universe that propagates these messages to some sort of integration point where the IoT may be interpreted for human consumption.

Nobody confuses my grandfather Francis daCosta with me. Our lineage paths differ in our family's network tree. All that is necessary is the context of where we come from and where we have been.

Routing – back to trees

So. If the Chirps are so simple and non-uniquely addressed, how will big data integrators ever make sense of the cacophony?

The routing and other network intelligence come from a device I’ve called a Propagator in the Chirp-related patents and the book. It’s a straightforward derivative of our mesh node. The Propagators add the context of the data (location, lineage, et al) and the intelligence to the transmission (multicast bundling, pruning, and routing; addressing and IPv6 packetization; management; control loops; the list goes on …). Economies of scale stem from placing CPU cycles on mesh nodes, thus simplifying end devices. Rather than build a bulky IPv6 packet for every tiny squib of data, the Propagators spoof, trim, and package as necessary.

In this three-tiered architecture (Integrators, Propagators, Devices) it is critical that deterministic paths are available to link them. Happily, the overlying structured tree topology I discussed earlier (and developed in 2002 for MeshDynamics mesh nodes) works perfectly well for Propagators. Nature tells us that trees scale, connecting trillions and trillions of cells in a networked path (leaves-to-roots and vice-versa) that doesn’t burden any cell with management of the whole.

I am interested in developing collaboration with the larger and sophisticated OEMs and System Developers who might share this vision of the full potential of a massively-scaled public/private Internet of Things. If these ideas intrigue you, let’s talk. Reach me via my LinkedIn page or website.

Posted by Francis daCosta at 7:43 AM